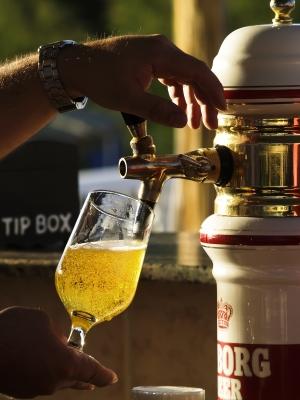 To the casual observer, it may appear that the world of beer is one of the last bastions of male dominated industry. The reality, however, is quite different. Women are not only making great strides in terms of entering the business, they’re also rising to the top. Here are a few women to keep an eye on in the world of beer.

This dynamic duo work for global brewing powerhouse Anheuser-Busch, and are two of their top Brewmasters. Among their creations you can count Shock Top, the Straw-Ber-Rita, and Bud Light Platinum.

Teri has been brewing beer since 1989, and when she started her career, there really were very few women in the industry, making her something of a pioneer. Not only is she the head of Road Brewing, but she’s worked in Sieben’s River North Brewpub in Chicago, Golden Gate Brewing, Triple Rock Brewing Company, and others, where she learned her craft. She’s also the President of the Pink Boots Society, which is an international charitable trade organization dedicated to inspiring and empowering women to become professionals in the brewing industry. It is thanks in large part to her ongoing efforts that we have as many women Master Brewers as we do.

As the Vice President in charge of Marketing at Dogfish Head Brewery, Mariah joined the company full time in 1997 and has since become the glue that holds the brewery together as well as the major driving force behind the brand.

Rosemarie is the cofounder and owner of Dock Street Brewing Company in West Philly. She began the brewery in 1985, and like Teri Fahrendorf, is a true pioneer, blazing the trail for other women to follow. One of the most fearless and innovative women in the industry today.

There are many others, but it’s plain to see from the list above that the beer industry is not as male dominated as you might have thought. If you’d like to meet, learn about, or drink the beer made by these and other female Master Brewers, you should join us at this year’s Edmonton Beer Festival. Get your tickets now, or contact us!