Why Does Beer Have A Head? 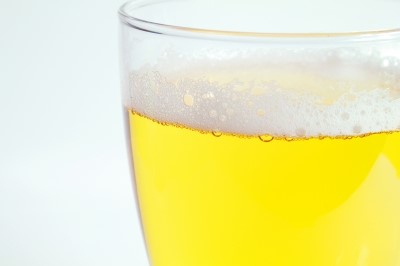 Beer enthusiasts love a generous, foamy head on their drink of choice. Not too much, lest it detract from the beer itself, but it’s got to be there, absolutely. How though, is the beer’s head formed? And why? Read on to find the intriguing facts about foam.

The Science Behind The Foam

The head of a beer is created when CO2 (Carbon Dioxide) rises to the surface of the glass that the beer is poured into. How does the CO2 get into the beer in the first place? It’s actually a part of the fermentation process, although it is also possible to dissolve CO2 under pressure and insert it into almost any liquid.

By itself CO2 rising to the top would create a foam, but it wouldn’t last very long. You see that in practice when you pour a can of soda into a glass. Sure, you get foam, but it goes away in a matter of just a few seconds. With beer though, it lingers. Why is that?

The Answer Lies In The Ingredients

The longevity of the beer head has to do with the type of malts and grains used in the brewing process. Some grains will help produce a longer lasting head, while others will facilitate a rapidly disappearing one. It’s important to note here though, that malts and grains don’t tell the whole story. A clean glass is important, and not just for the obvious sanitary reasons. The fact is that oil and grease on the inside of a glass can kill the foam as fast as anything.

A good head on your favorite beer is important for two practical reasons. First, it displays the aroma of the beer, which is all part of the drinking, and second, all that released CO2 means that there’s less to come out of you later, in the form of a colossal belch. Depending on your personality, you may or may not regard that as a good thing.

No discussion of head on a beer would be complete without a mention of draft Guinness. Tasted at its finest in Ireland, a draft Guinness is poured, into a straight glass, not a tankard, and then left to stand on the bar while the head develops. It must be thick and creamy, around half to three quarters of an inch in depth, and you might have to wait for several minutes until the black and white nectar is ready to drink. But it’s worth it.

For detailed insights into which beers offer the best head (!) visit the 2015 Edmonton International Beer Festival