What Is Wort And Why Is It In My Beer? 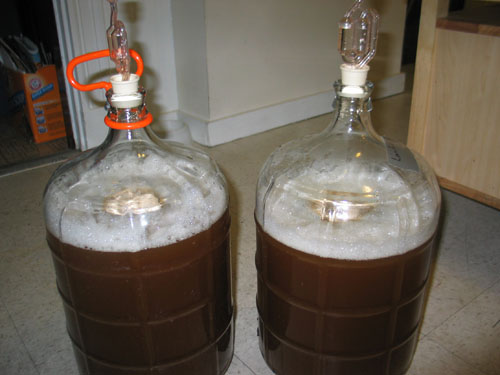 Wort sounds like the very last thing that you would like to put in your mouth without knowing about it. Simply put, wort is one of the byproducts of the mashing process that is required to make beer. This article will seek to reveal the secrets of the wort production process, and how it fits into the overall brewing process.

As a byproduct of the early phases of brewing, the very first step of wort production involves taking the malt from the dried barley or other grain, and mashing it. This turns most of the starches in the batch into sugars which will be used to flavor the beer and aid the fermentation process. The next step in wort production is referred to as lautering; which separates the particulate sugars from the liquid wort. At the end of the lautering, the beer is still relatively flavorless.

At this point in the wort production, several “rests” are conducted to ensure that the beer is forming along the proper guidelines. The first rest involves halting the boiling action to test the acidity of the brew. If the PH is too high or too low, several of the qualities of the beer can be affected. Another rest that is necessary to wort production is called the saccharification rest, where the sugars begin to gelantinize into their optimall sugar structure for flavoring. After the boiling processes and the rest, the wort moves onto the final phase of wort production.

After the mashing and boiling phases, the wort is chilled to a temperature that yeast can thrive within. At this point, the yeast is added and for all intents and purposes the wort production phase ends. This process is called pitching the yeast; a critical phase of brewing beer. This is important for the fermentation process and the development of carbon dioxide, both of which are required to produce a crisp,delicious, alcoholic beverage. From the mashing process to pitching to the yeast, the wort production process is lengthy, complicated, and crucial to the development of a proper brew.