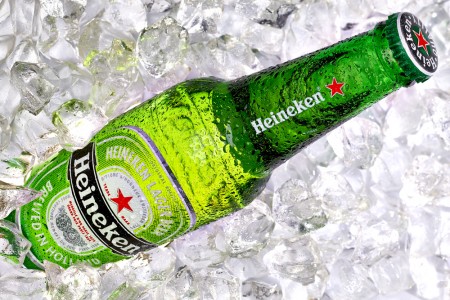 Heineken is easily one of the most iconic beer brands in the world – but how much do you know about the beer and the company that brews the stuff?

The Dutch lager with the lone red star on a green bottle can be something of an enigma. Thankfully, we’ve researched these 10 facts about Heineken that you can rattle off to your mates next time you enjoy a bottle or glass of the world-famous beer.

1. Heineken is available in more than 70 countries

Of course, it should surprise no-one that Heineken is a huge multinational beer brand, considering its beer is almost as omnipresent as Coca-Cola. However, it’s only when you actual travel to some of the world’s most remote corners that it really dawns on you just how popular this beer is.

2. It hails from Amsterdam, but the Heineken you’re drinking probably doesn’t

It started in the Dutch capital of Amsterdam, but these days Heineken is brewed by more than 140 different breweries around the world. Chances are you’re not reading this article in Amsterdam, so the last Heineken you probably had was brewed domestically.

Heineken was founded in 1864 by one Gerard Adriaan Heineken. We’ll guess that even he couldn’t predict how successful his beer would turn out to be just 150 years later.

5. It makes HEAPS of money

Heineken’s revenue in 2013 was €19.2bn ($21.8bn USD). That’s a lot of beer. To put it in perspective, that figure is higher than the GDP of many of the world’s smaller countries – including Jamaica, Cambodia, and Albania.