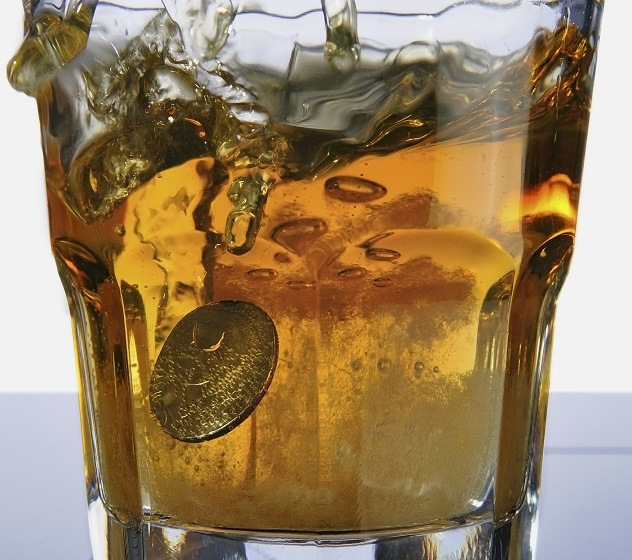 It is BEERFEST TIME, so in celebration I thought we should have a list of drinking games. These will provide you with hours of fun and a MASSIVE headache. Enjoy!

This is a classic game that can be played at the bar. The only materials needed are Plastic drinking cups and a Ping-Pong ball. The object of the game is to arrange the cups in the form of a pyramid so the tip is facing your opponent. Each team will arrange their cups to face the other team. . Once this has been done and each team is on the opposite end of the table, players will take turns tossing a Ping-Pong ball towards a cup on the other end of the table. The shot must be a direct one and the ball may not take a bounce. If the player succeeds in throwing the ball in the cup the other player must drink and empty that cup of its contents. The team or player that makes the other drink all of their cups first will win. 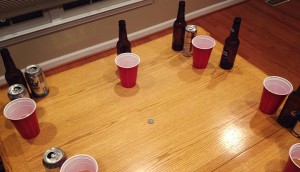 This is an easy game that can be played creating a fun environment. All players will need is a drink in their hands and one quarter or coin. The object of the game is to toss the coin into the air and while it is still in the air the player must call it. If the player guesses correctly he passes the coin on to his right. However if the player guesses incorrectly he must choose whether to drink a shot or strip an article of clothing. The game gets tricky because a player cannot pick the same thing twice in a row. 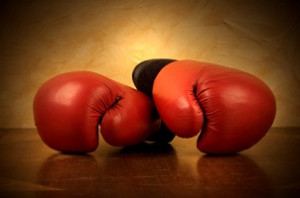 This is a simple fast paced game that will end when one player pukes or quits. The game has two main players and 1 or two players in each corner to help their boxer out. Players will have a shot in front of them that will be their penalty if they get “hit”. Both players roll a die and the one that rolls the higher value “hits” their opponent. The player that has been “hit” will proceed to drink his shot and his team will rapidly refill the shot glass and they roll again. The game can be played in 30-second rounds and the object of the game is to move quickly and have multiple hits per round. The match is over when a player pukes or quits the game. 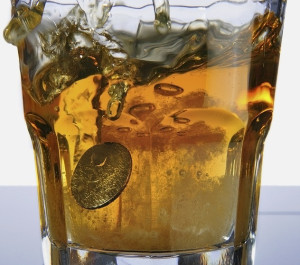 The origin of this game is unknown; however the fun it can inspire is far from a myth. This game is best played with 3 or more players. The object of this game is to sit around a table with a glass in the center. Each player will take a turn to bounce the quarter on its side and try to get it to land inside the empty glass in the center. If a player manages to get the coin in the glass he will pick another player to drink. The amount will vary according to the rules and wagers set by each group. Making higher wagers and increasing the distance from where the bounce must occur can alter the game while making it more challenging.

The object of the game is to split into two teams, each with 3 to 4 people in them. Players will have a plastic cup that can have either beer or a shot in them; this will depend on each player. The object of the game is that players must begin in order and drink the content of their cup; they will then place the cup on the edge of the table and flip it. They must make the cup land upside-down, once this is done the next player may drink and flip their own cup. This game is played as a relay race; the first team to finish wins. The losing team can have additional drinks as penalties.