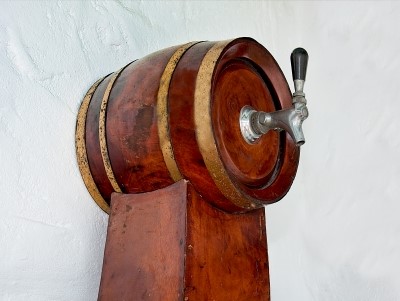 There are a number of fantastic beer museums scattered around the globe. If you’re a beer aficionado and have never visited any of them, then you owe it to yourself to do so. Below, we’ll outline three of the best, from third place to first and tell you why they’re worth the trip!

The beating heart of Japanese beer traditions, Sapporo has been brewing since 1877. The museum is housed in a former brewery from the nation’s Meiji Period. It provides visitors with an introduction to beer and brewing in Japan, and the grounds of the museum contain a small beer garden where tastings are available after you get your fill of history. If you’re in Japan for business or pleasure, this is one destination you won’t want to miss!

Surprisingly, two of our three “best” museums are located in Japan. This one’s in Tokyo, and unlike Sapporo, this museum has a much more cosmopolitan feel to it, featuring an extensive beer garden with beers from around the world, making it truly the best of the best in that regard. A full fledged museum located in SkyTree Town along with a mind boggling array of beers from around the world, it is unlikely you could try them all in a single visit, at least not if you plan to still remain upright. A fantastic place to visit again and again.

Japan might have two of our top three museums, but the crown for best of the best has to go to the German brewery museum. Located in Munich, it offers tons of great information about the German brewing tradition, and in its antiquities collection, you’ll find a drinking cup from the 4th century, BC. There’s even a dedicated microbrewery right there on the grounds, which makes for a fantastic way to end our tour through the museum proper.

If you don’t have your passport yet, get it, because these fantastic museums are ready and waiting for you.

If you can’t make it to Japan or Germany, how about Edmonton for the 2015 Edmonton International Beer Festival?