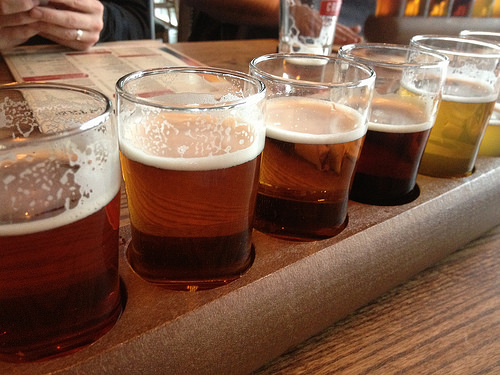 Beer has become an integral part of Canada’s national identity. For decades, large brand names such as Labatt Blue and Molson Canadian have been at the forefront of this national image. However, there has been a shift within the brew culture of Canada. In recent years, there has been a rising popularity in the micro brewing industry. In fact, there were a reported 640 micro-breweries in the country in 2015.

The renaissance that Canada is experiencing now with the micro brewery parallels the transition that smaller brewers experienced in the 19th century. With an ever-growing population and more means of transportation, small companies needed to modernize in order to meet a growing demand. Decades ago, there were only a small number of breweries in Canada that had a monopoly over the system. With no competition, these breweries only focused on cutting costs. The inevitable result was a small selection of beers.

Some people theorize that the recent boom in the craft beer culture in Canada is in part a response to this monopoly and lack of choices. It is more appealing to see a small, local brewer with passion than it is to see a money-mongering corporation. Furthermore, craft beer brewery is not subject to the limitations and expectations that are forced upon major businesses. Instead, micro brewing has the freedom to produce a wide range of interesting flavors and concoctions.

Our annual BeerFest in Edmonton offers some of the best selections from the micro brewing community. Tickets for the 2018 International Beerfest are on sale now! Buy tickets today before the event sells out!