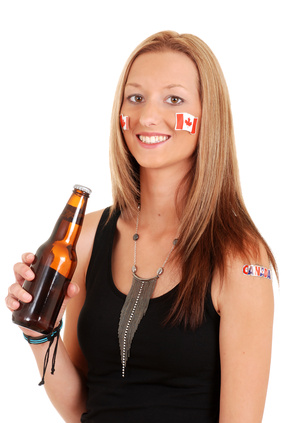 One aspect that is well known about Canadians is that they just love their beer. Canadian beer can be said to be pride of a nation. As a matter of fact, most events taking place in the region feature a variety of local brews. This will apply to both formal as well as informal. The social drink is not just another chilled drink but a symbol of the culture of the people. A beer brand that existed in the days of our grandparents still remains popular to this day. Talk about passing on of the drinking culture.

In line with keeping up the rich beer history, large as well as microbreweries regularly hold beer festivals. At the event, a person is able to sample what Canada has to offer. Whether you love your ice beer, fancy your cream ale, or simply cannot resist craft beer, then this is an event for you. Brewing beers is no longer a tightly kept trade secret as it was in the yesteryears. The modern brewer allows his customers sample the latest brews as well as have a tour of the brewery. This experience allows beer drinkers share their thoughts about their favorite drink. It also leads to people appreciating the big role the beer industry plays in the economy.

Friendships and strong social bonds are always established during the beer festivals or a tour of a brewing plant. This is even becoming a common pastime for many people. It is also viewed as a way of appreciating the local brewing sector that has been growing tremendously. Local brands are generally well received in the market. This is attributed to the provincial regulations which encourage local brewing. So next time you are sipping your cold Budweiser, Molson dry, Coors light, Labatt blue, pale lager, or any other beer brand, you may well appreciate the rich culture, strong friendship, as well as robust economy that is made possible thanks to the beer industry.