The Five Best Beers For Barbecue 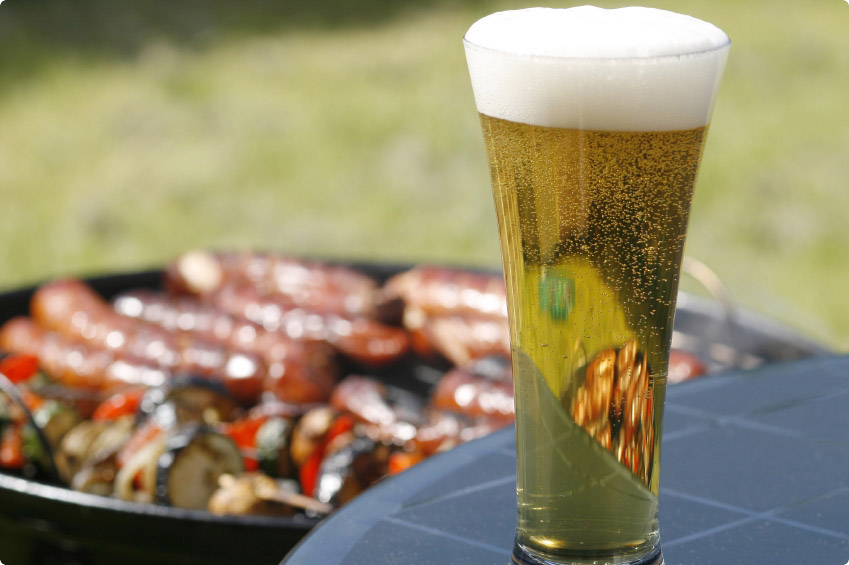 It’s time to dust off the grill and break out the tongs again, barbecue season is here! In celebration, here’s a hand selected list of some of the finest brews ever to be paired with outdoor cooking. Drink up, read on, and enjoy.

A dark beer that’s surprisingly light. Toasty malts combine with a hint of chocolate to give this brew a full bodied taste without sitting too heavily on your stomach. The flavors are strong enough though to ensure that it stands up well next to a big juicy steak fresh from the grill.

A bit bolder and fuller than the black mentioned above, this beer is stout enough to stand up to anything you can throw at it. Don’t serve this with mild foods like grilled chicken and fish, or the beer may run away with your taste buds, but if you’re serving up sharp, bold flavors on the barbecue, then this is an excellent addition to the menu.

If you’re doing seafood on the grill, then you want something lighter than the beers above. In that case, this is our recommendation. It’s a wheat ale, light in color and filled with zesty lemon tones that will pair perfectly with your seafood entrees.

Crisp, clean and refreshing, this tasty pilsner has just the right amount of zip to go with most anything, but really stands out among lighter fare, in particular chicken dishes and halumi (our vegetarian friends just love barbecues halumi cheese.)

If you like your barbecue Southern Style, then you need a drink that can pair well with that. If that’s where your tastes run, then you’d be hard pressed to find a better match than this hard cider by Angry Orchard. Sweet, tart with a ginger bite that will leave your taste buds begging for more.

Sometimes, lamb can be a hard meat to pair properly with a beer, but in this case, it’s about as close to a perfect match as you can get. Ruby in hue and Belgian inspired, this beer is great by itself, but it’s even better with some freshly seared lamb flavoured with rosemary.

Try these, and many other great barbecue beers at the Edmonton International Beer Fest next April. now!