Looking for the Best Grand Prairie Can Offer? 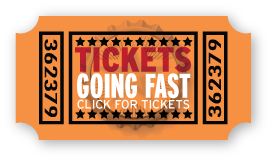 The City of Grand Prairie in northwest Alberta got its name from the large prairie that lies to its north, east, and west. The region’s first economic mainstay was Agriculture, and the region still produces barley, wheat, canola, and oats, which are essential for the brewing industry.

The region hosts a variety of festivals, including summer-long music festivals organised by community-minded individuals and charitable organisations. The locals get to enjoy Grande Prairie’s amazingly wide range of local music genres, including Metal (Arrival of Autumn), Reggae (Tasman Jude), Country (such as Brad Sims and Tenile), rock, folk, and much more.

Edmonton’s International BeerFest is coming to Grand Prairie and takes over 18,000 sq. ft. in the Bowes Family Crystal Gardens. It is bigger and better every year, and from 25th to 26th September, 2015, beer lovers will be trickling in to taste from the hundreds of beers available, including those from Grand Prairie’s most popular and top serving establishments.

The event has sold out every year for the last 9 years straight with shows across all of Alberta, and with this year’s amazing line-up of entertainment, it will be no different this year.

This is Alberta’s biggest beer festival. You don’t have to come full as food vendors will be on hand to provide samples of Grande Prairie’s finest food and gourmet treats.

Of course, all beerfest attendees must be 18 and over.

GET YOUR TICKETS TODAY!