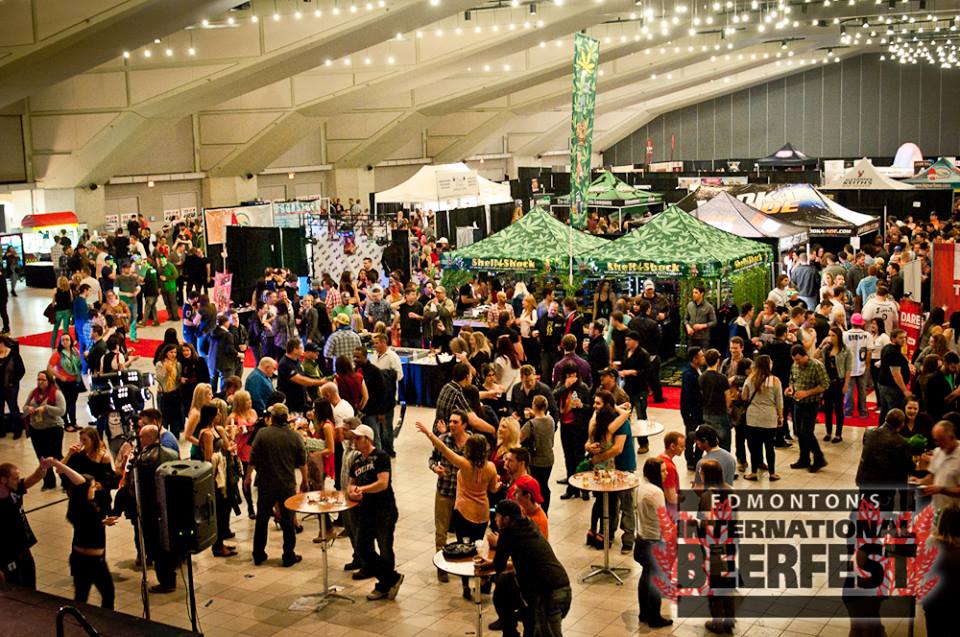 For the 10th year, the Edmonton International Beer Fest is returning, and like previous years, it’s bigger and better than ever.

This year, the event plays host to eight live bands, three beer instructors, and an estimated 25,000 attendees, something Sean Farmers, the owner and organizer of the event said seems like a far leap from the event’s humble beginnings a decade ago.

“We started at Dinwoodie lounge over at the University of Alberta. It went really well the first year, it sold out. We moved it to the Shaw Conference Centre, and it has grown immensely. Every year it grows and grows,” he said.

The event teaches people how to taste beer, how to pare it with food and how to properly appreciate the subtle differences in the roughly 300 different options available, but while the event could be considered a learning experience, Farmers said it leans more on the side of fun than academia.

“Beer is more than just beer. It is about the experience you have while you’re drinking it. You can appreciate it, you can try a bunch of different things. You can home in on the things you like,” he said.

“People aren’t going to turn their nose up at you if you don’t know anything. The whole idea is to take a traditional trade show, and combine it with a craft beer festival. There’s lots of education, there are about 300 different types, if not more.

“Over and above that, we have eight local bands, we try to support local music, and we have a craft beer village. It’s lots of local stuff, stuff that you can only get here.”

Adding to the festivities is the event’s beer school, which features three teachers, all sporting impressive resumes.

For food fans, an Amazon best-selling author, David Ort, will be on hand. Ort, who penned Canadian Craft Beer Cookbook, is an expert in pairing beer with food. His sessions will be called Beer 101.

For fans of seafood, the shucker king will be in attendance. Patrick McMurray, known as Shucker Paddy, and the record holder for shucking oysters, is also a beer fanatic. He will be teaching people how to pair and shuck at the festival’s beer school.

Farmers said having people like this in attendance is important because the festival is about more than just throwing back a few beers, it’s about the experience.

With that said, the main attraction is still, of course the beer.

“There’s lots of exciting things we incorporate. There’s an on-site liquor store,” Farmers said. “If people find something they like, they don’t have to find where to buy it. They can buy a six-pack and have it with their friends.”