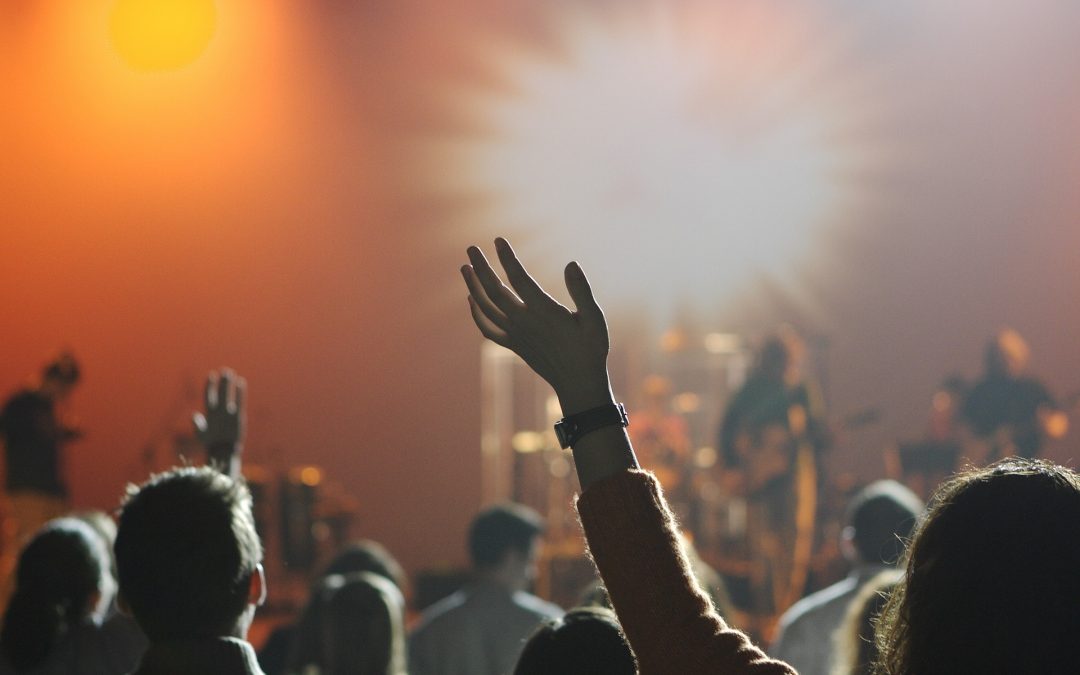 This year’s highly anticipated event is quickly approaching us. You can expect nothing less than an unforgettable weekend not only full of great beer to taste, but we will be featuring specially selected and talented musicians for 2017. Read below for the scheduled lineup for this year’s event music entertainment. Also, get to know more about the musicians who will be taking the stage.

An honest and confident songwriter, Lucas Chaisson isn’t afraid to tread familiar ground with new eyes. Lucas’ latest release, Telling Time—produced by Grammy winner Colin Linden—made its debut at #2 on the CKUA Charts and remained in the Top 30 for over a month. Lucas was pleased to recently receive a 2015 WCMA nomination for “Roots Solo Recording of the Year” as well as a place on the Edmonton Music Prize Short-List.
Both of Lucas’ previous full-length recordings Growing Pains, and No Loitering, received Canadian Folk Music Award nominations for “Young Performer of the Year”. And, in November 2012, Lucas became one of only seven Alberta artists to win a Canadian Folk Music Award.
The strong songwriting showcased on his recordings, and his ability to make an emotional connection with his audience has garnered him the opportunity to play high profile venues such as the Edmonton, Calgary, Canmore, Vancouver Island and Winnipeg Folk Festivals. These strong showings have also led to performances at The Epcor Center for the Performing Arts, the Arden Theatre and numerous Folk Clubs and soft seat venues across Western Canada.

http://jaygilday.com/ Click here for video
As a songwriter, Jay threads together the colours of his own ancestral traditions: Dene spirituals, Irish ballads, Canadian folk and rock. He was raised in a family of accomplished musicians on the tundra of Yellowknife, where his music electrifies its never-ending days and nights.
Whether on the main stage of a summer festival or headlining a shadowy cabaret, Jay captivates. He is equally arresting as a solo performer, crooning over acoustic guitar and piano, as the front-man of an eight-piece rock band, baiting dance floors with infectious hooks and boundless energy.
What sets Jay apart is the unfailing authenticity that accompanies his rare talents. His craft is unfettered by pageantry or put-on, and the intensity of his delivery is a product of conviction, rather than coaching. Jay Gilday has a rare convergence of skills in the world of singer-songwriters.
His neatly trimmed and powerful turns of phrase, an ability to pull the listener into a particularly vivid experience, and a warm vocal instrument coupled with a dynamic instrumental foundation, make for a formidable and complete skill set. 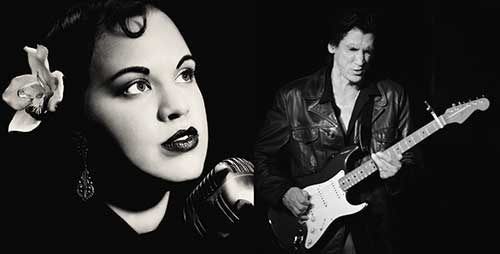 http://missraemusic.com/ Click here for video
A woman of wanderlust, Miss Rae has taken a blues journey in her early twenties travelling throughout the southern states, following in the footsteps of Robert Johnson and Howlin’ Wolf, and singing on porches and in venues under the Mississippi heat. She’s also lived and performed in Winnipeg, assembling the formidable Midnight Ramblers, and has crossed the waters to France, living in Paris for nearly two years. While in Paris, she performed at the 2015 Festival Jazz Sur Seine, among other notable shows. Now, at 25 years old, she returns to Canada, presently based in Edmonton, and is working on writing her sophomore album to be released in 2018.
Miss Rae is joined by veteran blues guitarist Jimmy Guiboche, who has spent over two decades earning his solid reputation as one of Alberta’s premier blues figures. He is known not only as a dependable sideman for prominent blues artists such as James Harman, Lazy Lester, Mojo Buford and the Prime Minister of the Blues, Dutch Mason, but also as bandleader for his own group, Jimmy and the Sleepers. His raw style is a throwback to another time, and has earned him solid respect as a mainstay on the Alberta blues scene.
Nurtured by crackling vinyl, living room jams and music festivals, Miss Rae bares her soul on stage. Fiery lyrics channel tales of former lives, while unveiling hushed histories riddled with hardships, valour and desire. She also explores her Métis / African heritage through song. Miss Rae has been compared to the bold voices of Big Mama Thornton, Etta James, Brittany Howard, and Amy Winehouse.

https://johnguliak.com/ Click here for video
John Guliak is a Canadian singer-songwriter who has been performing original and traditional roots music for over 20 years. He’s been a part of the prairie folk scene for most of his musical career, and though he’s resided in many Canadian locales, Edmonton is where he is currently creating his richly compelling cracked-leather country. His live shows have been praised for their honesty and intensity, and there are very few Canadian Roots acts he hasn’t shared the stage with.
John’s music comes from a unique place, both physical and psychological. His songs reflect the poetic and political observations John has made while pursuing his musical journey. These experiences are portrayed through songs that lament the displacement of our rural populations to the inner cities of our major metropolitan areas while celebrating the cultures that persevere.
The songs that result have been compared to those of other uniquely Canadian voices such as Gordon Lightfoot and Leonard Cohen. His whiskey and cigarettes baritone, described in Nerve Magazine as, “one of those character voices that should almost be trademarked,” places him in the company of such singers as Merle Haggard, The Handsome Family’s Brent Sparks and Rufus Wainwright. 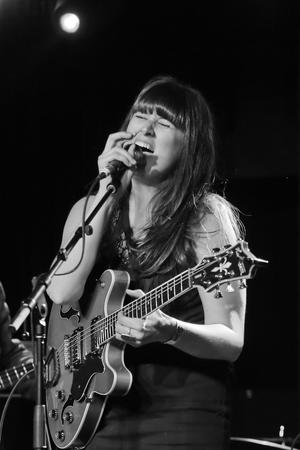 https://kimberleymacgregor.com/ Click here for video
Kimberley MacGregor is a powerful performer and roots musician who writes music for humans. She unapologetically exposes universal emotions that people tend to conceal. “I especially want young women to hear my music—and be filled with strength and dignity—instead of the messages that are all too prevalent in the media,” says Kimberley.
In 2013, she launched her original songs into the world and took centre stage. She has since released two full-length albums and was awarded Female Artist of the Year at both the 2015 and 2016 Edmonton Music Awards. She lovingly crafts and passionately performs songs that will move your heart, change your mind and stomp your feet. Weaving seamlessly between blues, folk and rock, her common threads are strength, vulnerability and badassery, always sizzling with soul. Kimberley is working on a new album due out in 2017 with tours across Canada and Europe planned.

http://thefronts.ca/ Click here for video
With over 6 decades of combined musical experience, the Fronts journey into independent music is the sum total of 3 lifetimes worth of musical ideas, concepts, and collaboration that need to get out before it’s too late.
Based in Edmonton, the band consists of David Forster on Vocals and bass, Dominic Lacroix on Vocals & guitars, and Troy Hrushka on drums. Atmospheric, melodic, and driven by two powerhouse vocalists, this 3-piece delivers a near impossible depth of sonic delivery and song writing. Each member brings their own different influences to the band, which creates their unique sound—a cross of 80s and 90s moody shoe gazer rock, with a modern undertone.

We can’t wait to see you at this year’s Beerfest. Remember to purchase your tickets in advance. Edmonton’s International Beerfest has sold out consecutively for the past six years. Get your ticket today! Click here for tickets.