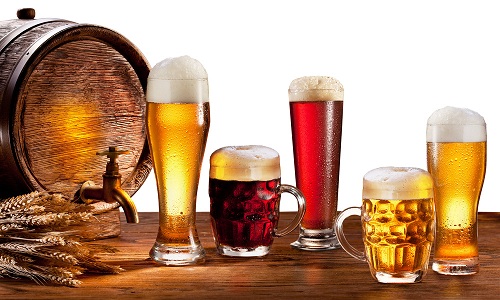 Hoptimus Prime. Smooth Hoperator. Hoptical Illusion. If a brewer has the chance to make a hop pun (and odds are good, thanks to the hop boom), they’ll make it. But NPR’s The Salt says that the explosion of craft beer over the past decade has led to a legal problem:

There are no new names left.

Well, that’s not exactly the problem. As The Salt reported yesterday, name trends within the craft brewing community-think place names, hop names, and yes, plenty of puns-mean that more and more, brewers are accidentally naming their beers with the same name as other small brewers:

For example, when the brewers at Avery in Colorado and Russian River in California discovered that they each had a beer named Salvation, they met at an annual Colorado beer festival to talk it out. Vinnie Cilurzo, co-owner and brewmaster of Russian River Brewing Co., says that neither he nor Adam Avery knew who had coined the name. Nor were they particularly worried about it. Still, they took the opportunity to come to a clever compromise. They combined their beers in a blend and named it Collaboration Not Litigation.

But not all brewers are so relaxed about their naming rights. The Salt mentions several other anecdotes in which brewers ended up in litigation-not only over names, but over actual art and logos, like the common celtic crosses seen on some beer labels.

The story is fascinating, and it highlights a big dilemma for small business owners: If these brewers don’t trademark their names, they’re left open to imitators. If they do trademark them, there’s still no guarantee they won’t be copied, whether intentionally or not. They’re left with a choice between expensive and time-consuming legal action, and turning the other cheek.

Source: Craft Brewers Have run out of New Names