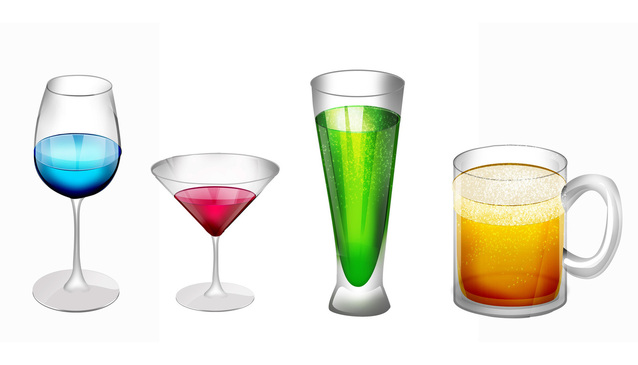 Beer and wine divide the world so spectacularly. Each of these popular beverages has its dedicated connoisseurs. Debate on which of the drink is better continues and here is our voice:

On getting you drunk
A medium glass of wine and a pint of lager contains roughly the same alcohol content. For a drink to get to your head, it needs to go to your stomach from where it’s absorbed into the bloodstream. If you hold other factors constant, wine enters the blood stream faster than beer. The verdict here is: a glass of wine goes to the head more quickly than a pint of beer.

On giving you a potbelly
Alcohol contains sugars and calories. A standard glass of wine contains about 130 calories while a pint of beer contains about 180 calories. Beer can, therefore, lead to weight gain faster than wine. However, moderate drinkers of either of the drinks need not to worry. And no, beer doesn’t cause men to develop breasts!

On producing the worst hangover
A hangover is certainly a drinker’s most formidable enemy. Research on what causes a hangover is ongoing. Present scientific evidence points at dehydration and fermentation byproducts known as congeners. Darker drinks are believed to contain more congeners. Perhaps, that is why dark spirits such as bourbon seem to give a worse hangover than crystal clear vodka. Still, regarding a hangover, there appears to be no difference between different types of beer and wine.

On health benefits
Wine dominates the health bulletins. There is news for instance on how wine has helped French people ward off angina despite their diet. The health benefits of wine are linked to the polyphenols in wine. It’s believed that wine lowers the risk of heart disease, diabetes, and high blood pressure. Although, beer has fewer health advocates, it also contains life-sustaining polyphenols. On scale red wine leads followed by white wine and beer respectively. Drinking in moderation is, however, important.

Beer has an illustrious history. There are even anthropological suggestions that our taste for beer led us to farm grains. That may have led us to agriculture and into civilization. Browse through Edmonton’s International Beerfest, and learn many amazing beer facts. You will also learn about Edmonton’s International Beer Fest. Beer fests are a fantastic time to meet brewers and other connoisseurs. They’re an excellent time to taste new flavors and get thoroughly entertained.