7 Myths Ever Beer Lover Should Know 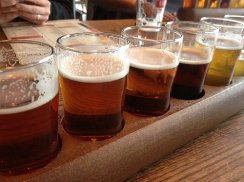 If you are a beer lover, chances are you have heard stories about your favorite beverage. What you may not know is that some of the stories that you have been hearing are falsehoods, not facts. The next time you reach into your refrigerator to grab a brewski, there you should be able to tell the difference between the facts and fiction.

1. Temperature Can Skunk the Beer

Many brewski drinkers believe that if the temperature of the liquid fluctuates, it will have a negative effect on the taste. This is not true. When the beverage is brewed, the breweries fill the bottles and cans with a cold ale. It usually stays cold when it is delivered to the store. There are many stores who will put the product on the store floor until it is purchased. Finally, when you get your drinks home, you put it in the refrigerator. Through all of these temperature changes, the beverage won’t lose its taste. One thing that will skunk the brewski is sunlight. This is why many breweries use brown bottles. Clear bottles and green bottles allow the contents to be exposed to light and making them taste like skunk. This is why many breweries don’t use these color bottles.

2. Bottles Are Better Than Cans

There are many people who think that bottled brewskies are better than cans. Part of the reason for this myth is that most craft beers are usually in a bottle. What you may not know is that craft beers brewers are using cans more often. Some people say that canned brewskis have a metallic taste. While this was true years ago, breweries now use a chemical liner in the can. This will prevent the contents from tasting like metal. The truth is that cans are better. They are lighter which saves on shipping costs which is why cans are cheaper than bottles. Cans are also more recyclable. In addition, cans are often sold at sporting events and establishments where glass bottles are not allowed. Finally, cans are not transparent, therefore, the contents cannot be exposed to the sunlight which can have a negative effect on the taste.

All dark brewskis are not stronger and more bitter than light ones. While some dark beers are, there are some dark beers that are just dark in color as a result of the malt that is used and it won’t affect the taste. When it comes to the strength of your favorite brand, color has nothing to do with it. Stronger beers will have more sugar in the initial wort. This can occur in both dark and light beers and it all depends on how it is fermented.

There are many people who won’t drink a brewski unless it is ice cold because they believe that it should be. The truth is that this beverage can be cold, but if it is too cold, it can mask the flavor. There is a certain formula that you should follow based on the type that you are drinking.

5. A Beer’s Foam Is Your Enemy

Most people believe that a perfectly poured brewski won’t have any foam at the top. These people hate the thought of sifting through the foam to get to the actual drink. This is actually a myth. A good glass of suds will have a finger and a half of head on the top. This foam will actually trap the flavor and the aroma of the beverage in the glass. While some head is good, too much is bad. If you have too much head in your glass, it will release too much carbonation, resulting in a flat drink. The foam in a brewski is just 25 percent beer. If your glass is half foam, you won’t be getting as much brewski as you are paying for.

6. Wine Is More Complex Than Most Beers

Most brewski drinkers have at least one friend who says they won’t drink a few beers because it is too simple. This is not true. Brewskis has over 700 different flavor profiles while wine has only half that amount. Therefore, a brewski is more complex than wine.

7. ”Beers Before Liquor, Never Been Sicker”

There is a drinking saying that many people abide by. It says, “Beers before liquor, never been sicker. Liquor before beers, in the clear.” This saying is right and it is wrong. There are no components in liquor and a few beers that make it better to drink one first. However, if you are at home sipping on a few beers, you will get a small buzz. When you get to the bar and you start drinking shots, you get drunk after the fact. If you are at home drinking shots, you will be drunk when you get to the bar and you are more likely to sip your brewski.

If you love to have a few cold beers on a night out, you should know the facts and the fiction regarding your favorite alcoholic beverage.

Our annual BeerFest in Edmonton offers some of the best selections from the micro brewing community. Tickets for the 2018 International Beerfest are on sale now! Buy tickets today before the event sells out!