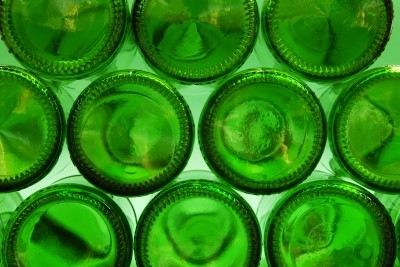 Cans or bottles? It’s the age old question, and the debate rages hotly to this day. Most discerning beer drinkers will tell you that of the two, they prefer bottles, but cans are nearly as popular. There are pros and cons for both, and we’ll take a look at each just below.

The Argument In Favor Of Bottled Beer

Bottled beer drinkers will tell you that the beer stays colder longer, and thus holds its flavor longer. There are specific reasons why beer bottles are brown or green, having to do with filtering light to keep the beer fresher longer. Those beer drinkers who are also environmentally conscious will be quick to point out that the energy required to produce a bottle to put beer in is far less than the energy required to create an aluminum can, and they’re absolutely correct there.

They’ll also point out that beer from a can tends to have a metallic taste. However brewers have been lining the interiors of their cans with a thin coating of plastic since the thirties, which makes this complaint less likely, unless those doing the complaining are having a few too many and licking the exterior of the can between sips. Of course, if you drink out of the can you are going to be in onctact with metal which many people just don’t enjoy.

The Argument In Favor Of Canned Beer

Proponents of canned beer point out that despite the tricks of tinting the beer bottles, canned beer stays fresher longer, and the beer remains completely airtight, which also contributes to longevity. Perhaps the biggest benefit of beer in a can is ease of transport and that nothing is required to open the can. Granted, a bottle opener isn’t a big expense, but it’s still a tool you have to use to get to your beloved beer, unless you’re exceptionally talented at opening bottles with your teeth, or on the sides of a sturdy table. (So that’s all of you then….)

Huffington Post recently did an extensive taste test spanning twenty-five beer brands that were sold in both cans and bottles. Surprisingly, in a blind taste test, canned beer edged out bottled beer in nearly every case in terms of flavor, though it should be said that it was close, with canned beer coming out ahead 51 to 54 percent, so the margins are extremely tight. It should also be said that during the blind test, barely fifty percent of drinkers were able to correctly identify whether the beer they were drinking originally came from a can or a bottle.

Beer has been sold by the bottle for as long as it has been a commercial product, so there’s no chance that beer bottles will be disappearing from store shelves anytime soon. The brewers know that if they did that, they’d face open rebellion from legions of beer bottle aficionados. Nonetheless, as the recent Huffington Post survey revealed, canned beer is beginning to edge out the bottled variety, and that trend will probably continue over time. Craft brewers have taken note, and are increasingly offering their product in cans.

Bottled or canned, you’ll find the choice of beers outstanding at the 2015 Edmonton International Beer Festival.