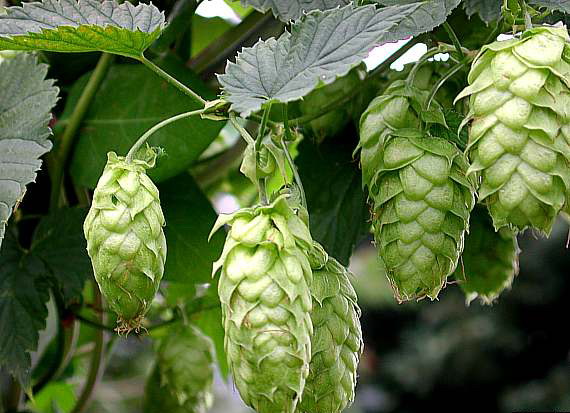 Hops are one of the fundamental ingredients in beer brewing, and have been used in beer making for hundreds of years. Before the introduction of hops, many different spices were used to achieve the bitterness and flavor that they can evoke in a beer. Bittering and flavoring are two of the major functions that hops provide, but there is a great deal of important facts about hops that one should know when choosing a beer.

Continuing in our look into how beer is made and what each of the ingredients does we now take a look at hops. You may not have ever heard of them so read on to learn more!

Hops come from a perennial plant, and were first used in beer to counteract the inherent sweetness of malt sugars, but also have an interesting quality that makes them a successful sleep aid as well. Hops are grown in the temperate climates between thirty five and fifty degrees of latitude, both north and south of the equator. The length of the days in which the hops are grown is one of the determinant factors in proper growth and production. After they grow in the summer, they are harvested in the late summer and early fall, then they are transferred to a kiln facility where they heated to one hundred and forty degrees to dry them out and prepare them to be used in brewing.

There are many different types of hops that are used in brewing. They are often sorted by their shape and characteristics in beer making. There are whole leaf hops, pellets, and hops extracts. Whole leaf hops are useful for their full flavor, but are susceptible to spoilage. Pellets are inexpensive and easy to store, but create a sludge on the bottom of the vats. Hops extracts are simply the oil extracts of the whole hops, and have the benefit of being stored safely for a long time. Pellets are the most commonly used hops in the major manufacturing breweries, while smaller breweries tend to use whole hops.

When it comes to the actual brewing process, hops can be added at various times. The bittering hops, which are used to balance the sweetness of the maltose sugars, tend to be added at the beginning of the boiling process. Flavoring hops tend to be added towards the end of boiling to retain their essential oils. At the very end of the brewing process, aroma hops are added to prevent the evaporation loss of their olfactory qualities. While these are the most typical hops used, and can be found in just about any brew, there are many others that can be added to produce different tastes and textures in the beer.

For all of these reasons and more, hops are one of the most important aspects of the beer brewing process. So next time you are enjoying a cold beer don’t forget the important role that they have played!