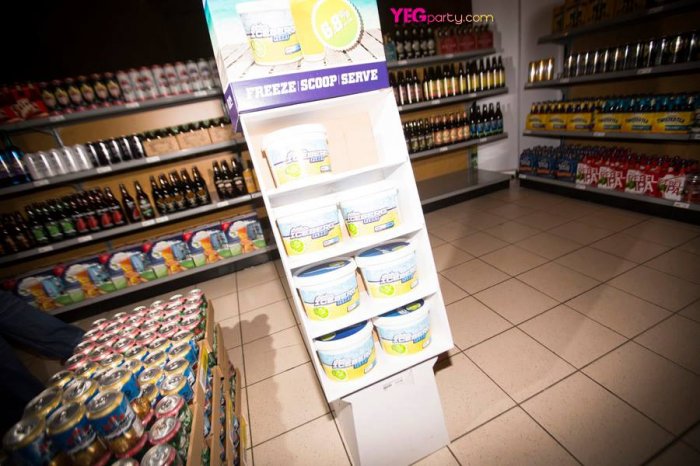 As a beer drinker we need to know the language of marketing. When you’re staring at a sixpack or bomber of beer at your local bottle shop, you might encounter some unfamiliar phrases. Here are five essential terms you should know.

Bottle conditioned is brewer-speak to describe a beer that is naturally carbonated. Prior to packaging, beer is allowed to ferment until the yeast is totally satiated, having eaten all the sugars it can. To bottle condition the beverage, brewers bottle the beer with a bit more sugar for that yeast to munch on. They use a pre-calculated dose that is just the right amount to produce carbon dioxide to be absorbed as carbonation withoutoverpressurizing or worse, blowing up, the bottle. (Nobody wants your beer to explode.) The alternative to bottle conditioning is called force carbonation, in which carbon dioxide is injected into the finished beer without an additional fermentation.

Some beer purists believe that bottle conditioning is indisputably the best way to carbonate beer—arguments in support of the process tout its ability to produce a more pleasant (fine and soft) carbonation, consume oxygen in the bottle’s headspace, and develop character over time.

This is an odd one—aren’t all hops dried before they are used in beer? With rare, seasonal exceptions, that is exactly correct. But ignore that for a minute. Dry hopping refers not to the condition of the hops themselves, but how they are used. It means that the brewers are adding hops after fermentation. At this point, the hops are not boiled and thus, the acids held within the flower do not release their potent bitterness. They do, however, release their flavorful and aromatic oils, which will make your beer taste extra juicy, grassy, lush, or floral, depending on the hop variety. IPAs, pale ales, and other hop-driven styles have always used this technique, but brewer experimentation has pushed its presence into the full range of beer styles.

This arguably-offensive term refers to an increasingly common symbiotic relationship in the beer world. Most established brewers aren’t using their expensive brewing equipment 24/7. Other brewers are just getting into the biz and can’t afford or don’t want to buy all that pricey stainless steel. See where I’m going with this? The brick and mortar breweries can get a little extra cash flowing in by renting out their brew kettles and fermentation space, and those other brewers can get their beers to market without insane overhead. Without the permanence of a physical address, many of these brewers make beer wherever they can, often embracing a nomadic lifestyle…hence the gypsy nomenclature. Some of these folks, like Massachusetts’ Pretty Things, have adopted the alternative name “tenant brewer” to avoid rubbing folks the wrong way.

I’m often asked what IBU stands for, and feel bad giving the answer. “International Bitterness Units” doesn’t really tell you all that much about what that number on your bottle really means, does it? IBUs, when you get down to it, are simply a measure in parts per million of the isomerized alpha acid content in beer. Oh jeez, this isn’t getting any easier. To make it short and sweet: IBUs are a measure of how hoppy a beer is.

But that doesn’t tell the whole story. Perceived bitterness depends on way more than just how many hops are thrown into the kettle. The sweetness and alcohol level of a beer, for example, plays a huge role in the end bitterness of that beer. Two beers, both with 35 IBUs, can taste bracingly bitter or not at all. So really “International Bitterness Units” is a bit of a misnomer. In fact, as a measure, it is nowhere near as useful as folks to seem to make it out to be, so don’t get too caught up on the IBU number.

Imperial IPA, imperial stout, imperial red, imperial pilsner—this “imperial” word is all over beer bottles these days. But what does the word—one long associated with royalty—have to do with your plebian drinking pursuits? The terminology harkens back—way back (think 1700s)—to the days in which the Russian imperial court (there’s that word again!) consumed a custom-made extra-strong stout that was shipped to them from England. Over the centuries, this exalted naming convention was applied to all variations on styles of beer that were bigger—stronger, hoppier, more intense, more royal—than the beers that inspired them.