5 Great Beers for the Summer 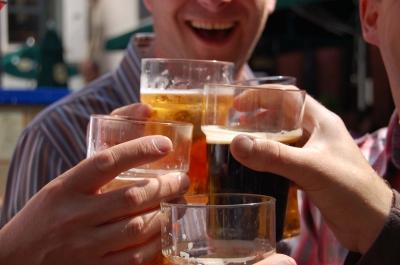 As the summer heat kicks into full gear, you’re going to need a proper way to cool off. Forget that lime-flavoured “lite beer” swill and let these refreshing beverages be your go-to drinks when the mercury spikes.

Ginger beers aren’t for everyone. But for the ones who do indulge, this Victoria, BC brew is perfect for the dog days of summer. With a tag line that says, “with more ginger than Gilligan can handle” it shouldn’t be surprising that it has a strong ginger taste. But it’s got a nice refreshing kick that’d be perfect after a round of golf on a hot summer day.

Creemore has been pumping out a near-perfect beer for ages and they’ve added a fourth variation to their stable of brews. The Kellerbier differs from the classic version because it’s unfiltered. It has a brown, cloudy colour, and a citrusy scent and taste that are all tied off with just a touch of a hoppy bitterness at the end. Surely a beer fit for summer drinking.

This bottle-fermented brew is interesting because it is billed as a collaborative effort between German-based Weisses Bräuhaus and New York’s Brooklyn Brewery. Long story short, the brew masters from each place are buddies – and they each brew a similar beer (slightly different because of variations in local hops.) Get it before the hipsters ruin it for everyone.

The best way to describe Celt’s Golden Crafted Ale is to just call it a classic beer done well. It’s got a beautiful golden brown colour and strong caramel and toffee notes to go with a slightly fruity, hoppy taste. It’s simple, it’s traditional, but it’s done nearly (it’s a bit on the light side) to perfection.

When one thinks of great beer destinations in Canada, the Maritimes should be the first place that comes to mind. This copper-coloured English-style bitter is a Halifax classic and has a nice balance of maltiness and (obviously) bitterness from the hops. Plus, if you actually live on the east coast you can get it in 1.9L growlers! Bottoms up.