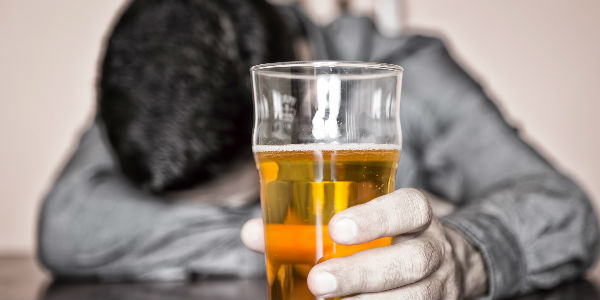 If beer only conjures up images of frat boys pounding cans of the cheap stuff or doughy sports fans reveling in the alcoholic refreshment before, during, and after a big game, think again. Beer has come a long way, baby, and many of the preconceived notions about the beverage are decidedly unfair, as evidenced by the following 11 fabrications.

All of those neon ice cold beer signs are actually bad news for beer drinkers. To properly enjoy their beer, it should be served at 44 degrees Fahrenheit (with a little leeway depending on the type of beer you’re drinking—a barrel-aged Stout, for example, should be served only lightly chilled). The reason is that taste buds become dead to the taste of the drink when it is served any colder, which means you’re not really tasting anything or getting the most enjoyment out of your beer.

Piggybacking on the falsehood that beer should be guzzled cold, it also shouldn’t be served in a frosted beer mug. Would you serve wine in a frosted glass? No (and if the answer is yes, there are no words…). An intensely cold beer mug will also numb your senses to the taste of the beer.

3. ALL DARK BEERS ARE HEAVY.

If you’ve been avoiding dark beers because you fear their intensity, you’ve been sorely misguided. “People naturally assume they are heavier,” says Hallie Beaune, a rep for Allagash Brewing Company and author of The Naked Pint: An Unadulterated Guide to Craft Beer. “I think it’s that connection to Guinness, which promotes itself as creamy and almost like a meal, that’s the feeling they give in their commercials. For a lot of people that’s the first dark beer they’ve had so they assume they’re all similar when, really, dark beers are just dark because of the roast level of the malt that’s used in the beer.”

Sure, Guinness is served all creamy and delicious-looking, but Beaune explains it has less to do with the beer itself and everything to do with the tap most stouts use, which has more nitrogen than the standard tap (generally a mix of nitrogen and CO2). To deliver all that frothiness, a stout faucet, which has a long, narrow spout, is used.

5. DRINKING BEER FROM THE BOTTLE IS THE BEST WAY TO ENJOY IT.

Sure, a bottle may look more refined than a can, but it’s still not the appropriate vessel. “Drinking beer from the bottle is another no-no, mostly because what you taste comes from your olfactory senses from your nose, so if you take a sip of something from that kind of bottle your nose isn’t participating at all,” says Beaune. “It’s too small for you to get a whiff of the beer. Just like if you were drinking red wine out of a wine bottle, you wouldn’t really be able to evaluate that wine.”

6. BEER IS TOUGH—YOU CAN STORE IT ANYWHERE.

Think again—all beer should be stored in a refrigerator. It responds best to cold, dark storage.

There is actually a reason why seemingly rancid beer is termed “skunky.” “Light can hurt beer—they call it lightstruck,” says Beaune. “The light interacts with the hops in beer (the four ingredients in beer are malt, water, hops and yeast), and it can actually have this chemical reaction that creates a smell that’s the same as a skunk gives off, which is why you hear about skunky beer.”

8. ALL BEER BOTTLES ARE CREATED EQUAL.

Darker bottles are important. Clear or green bottles may be pretty, but they’re not doing much to protect your beer from light. Dark beer bottles work best to help retain its intended flavor.

Cans are actually a great way to protect beer, but in the old days they would often give the beverage an aluminum taste. “Most of the cans the craft breweries are using nowadays have a water-based liner so the beer isn’t actually touching the aluminum,” says Beaune. “It can be really good for beer. Cans heat up and cool down very quickly, too, so you obviously want to keep them cold.”

10. BEER IS SIMPLER THAN WINE.

You’ve got your four ingredients—malt, yeast, water and hops—what could be more basic than that? Manipulating those ingredients in various ways will give you different varieties, but breweries are doing some really cool stuff by adding flavors you’d never dream would work so well in beer. “A lot of the flavor in beer comes from the malt or the hops or yeast, but then there’s all of this freedom in beer,” says Beaune. “We did a beer at Allagash called Farm to Face, which is a pretty tart and sour beer. We added fresh peaches to it from a local farm. You can’t do that with wine—you can’t add peaches. People add everything you can imagine to beer like pineapple, coconut, every fruit—there are no rules. That’s one of the fun things about beer, it’s a lot like cooking, you can add rosemary, you can add whatever you want. Everybody experiments. It keeps the beer world really interesting.”

11. BEER WILL GIVE YOU A BEER BELLY, COCKTAILS WON’T.

Sure, anything in excess will contribute to weight gain, but beer is hardly the most calorie-laden drink you’ll find in a bar. Much of the flack beer gets (i.e. the “beer belly”) goes back to the fallacy that beer is particularly heavy. “Most glasses of wine are pretty high in alcohol and a lot of cocktails are way higher in calories,” says Beaune. “If you drink a margarita that’s one of the highest calorie things you can drink.”