10 Amazing Beer Facts you DID NOT Know! 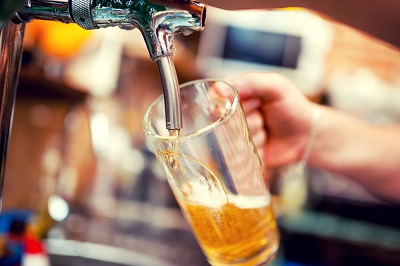 Guinness is a Light Beer

There is nothing sexier than a tight, sexy little blonde takin’ a big thick Guinness to the face. It’s hot in the same way as a beautiful lady making a giant sandwich her mouth-bitch. Well, it turns out that Guinness is actually a light beer and helping them stay hot! Guinness has only 125 calories and 10 carbs… less than both Budweiser and Coors! A balanced bro-diet contains lots of Guinness.

Germany Has Its Own Beer Pipeline

Our German bros are in the only forward-thinking country looking ahead and putting into place measures on how to handle a true beer emergency. Bars in the Veltsin-Arena are interconnected by a beer pipe several miles long. It’s a popular soccer area and the demand for beer became so great that it actually was invented as the preferred way to keep up with those thirsty soccer freaks.

The White House Brews Its Own Beer

That’s right.. the leader of the free world gets his own fresh White House brewed beer. Who knows how many major cultural and world changing decisions it may have been responsible for. Obama personally pays for the equipment and ingredients and White House Honey Ale is brewed by the White House chefs. Obama busts it out sometimes on the campaign trail and is the first President in history to brew his own beer… he is now dubbed BRO-bama.

Space Has Tons of Booze

If you happen to find yourself floating through the cold depths of space… you’re probably gonna be a little freaked out. Naturally, you might want a drink to calm your nerves. Depending on where you are aimlessly floating in space, you might be in luck. If you’re about 10,000 light years away you could run into an enormous floating space keg. Scientists discovered a floating ethyl alcohol space cloud that contains enough of the good stuff to make 400 trillion pints of beer. Why we aren’t figuring out a way to get to this cloud should definitely be a pivotal issue in the upcoming presidential election.

In early Mesopotamia, in what is now Iran… beer made from delectable barley was created by some ancient Bros. The production and consumption of beer has been illegal in modern day Iran since 1979 and is punishable under Islamic law. They should just go ahead and rename Iran, Iran-outta-that-country-as-fast-as-possible-to-get-some-beer! That would be a sweet country name to say for Olympic broadcasters.

It’s hard to have beef with the state of Washington. You can’t get mad at people in Seattle because it rains so much and that’s bad enough. But now, everyone in the USA has a reason to hail Washington state as one of the most important and revered places on the planet. Why, you ask? 77 percent of our country’s hops come out of Washington. We must protect it at all costs. The world will probably help us protect Washington, since it also produces 40 percent of the hops for the entire globe. Terrorists don’t make hops.

The Oldest Known Recipe in The World is For Beer

Beer has been the refreshment choice of bros across the world for a very, very long time. In fact the oldest recorded recipe ever unearthed wasn’t for some silly juice cocktail… nope–it was for beer. Some ancient Meso-bro-tamians figured out how awesome beer was and took their time to chisel it onto stone, so no matter how drunk they got–they would never forget how to make that delicious beverage.

Our Australian bros know exactly the right stuff to look for in a leader. They want a guy who can handle all the different problems Australians face (wallabies and spiders mostly.) The Australian people also know that to be a great leader… you must be able to pound some beers. Former PM, Bob Hawke set a record for drinking 2 1/2 pints in eleven seconds. That is worth some votes.

Jimmy Carter earned himself Bro status on October 14th of 1978 when he signed H.R.R. 1337. It was a magical bill that removed taxation from home brewing and basically made it purely legal to make for family and friends. Carter, your are an icon for bros we respect not only that you are hundreds of years old… but the impact you made on the beer world. HAIL JIMMY CARTER!

Andre The Giant Could Out Drink Any Bro On The Planet

Andre the Giant was such a large man, that nobody would ever talk sh*t to him about how he’s always stompin’ around in a torn women’s bathing suit. But the sheer magnitude of the man was not the only reason to respect him. He enjoyed beer and put it away like a true giant, putting away 119 beers in six hours. The Ultimate Warrior’s bitch-ass could NEVER do that.